Suicide is real. A lot of people have contemplated suicide at some point in their lives and others have attempted to carry out the task and failed. Then there are some who were successful. 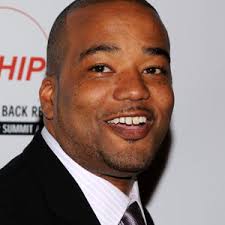 Unfortunately, Chris Lighty was one of them. There are some who feel that this was not in his character to do and are demanding an investigation into something further. To date, his death has been ruled a suicide. Let it be known that you never know EVERYTHING a person is going through or feeling. Suicide is never an impossibility. For some, it is the only way out. There were rumors of debt, an estranged wife with whom he argued, and probably other things on Lighty’s plate that were ultimate stressors. We will never know except to assume that life can be overwhelming sometimes and it overwhelmed him. Whatever his struggle, hopefully he is finally at peace.

Chris Lighty’s life was one that beamed longevity. He had his hands in all kinds of industry projects and was responsible for a myriad of things getting off the ground. Many artists wouldn’t have careers if it wasn’t for him.

oring his life is a priority and while words are comforting, so is music.

Sway In the Morning DJ, DJ Wonder (Shade 45), put together an awesome playlist of artists that worked with Lighty as a way to honor him. This mix is special as it celebrates the life of a man who was passionate about his work. Check the tracklist, listen below and download here —————> DJ Wonder Chris Lighty Tribute Mix